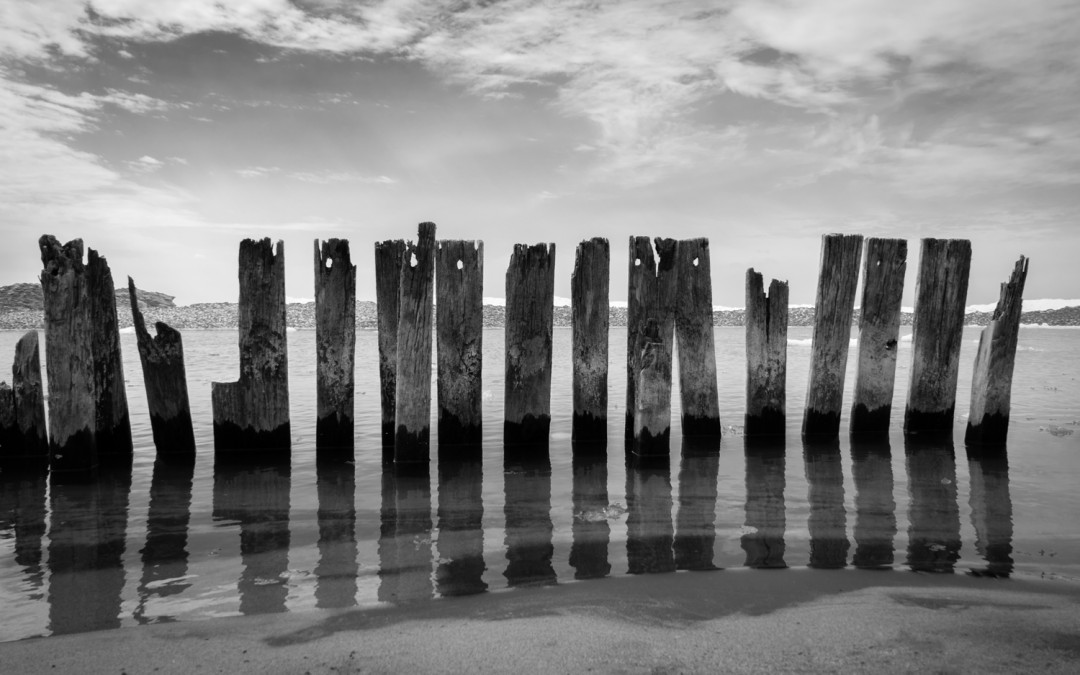 This seawall is the only thing keeping the sand behind it from adding to the beach. Last fall the wall was barely visible, but today it’s about 5′ tall. By the looks of it, I suspect it will give if pounded by some rough water.

These seawalls and “beach boxes” as I’m calling them, weren’t even visible. I call them beach boxes because they allowed a small area to have a beach island where there otherwise wouldn’t be any beach to enjoy.

I was talking to a home owner while I was out there, explaining how these seawalls were barely visible in the summer of 2013. These home owners just moved in late 2014 and couldn’t grasp what I was saying. Many people who I share this with think that the water covered the seawalls, but I explain that it was the sand that covered the seawalls and jetties. “It’s a 10-15 year cycle”, I say, and in another 4-6 years, the sand will cover them again and you won’t know they exist, and the beaches will return.

This is my friend’s place, and his kayaks. He said those kayaks have been missing for many years, and those he can reclaim them, he’d rather sacrifice them for the sake of having his beach back.