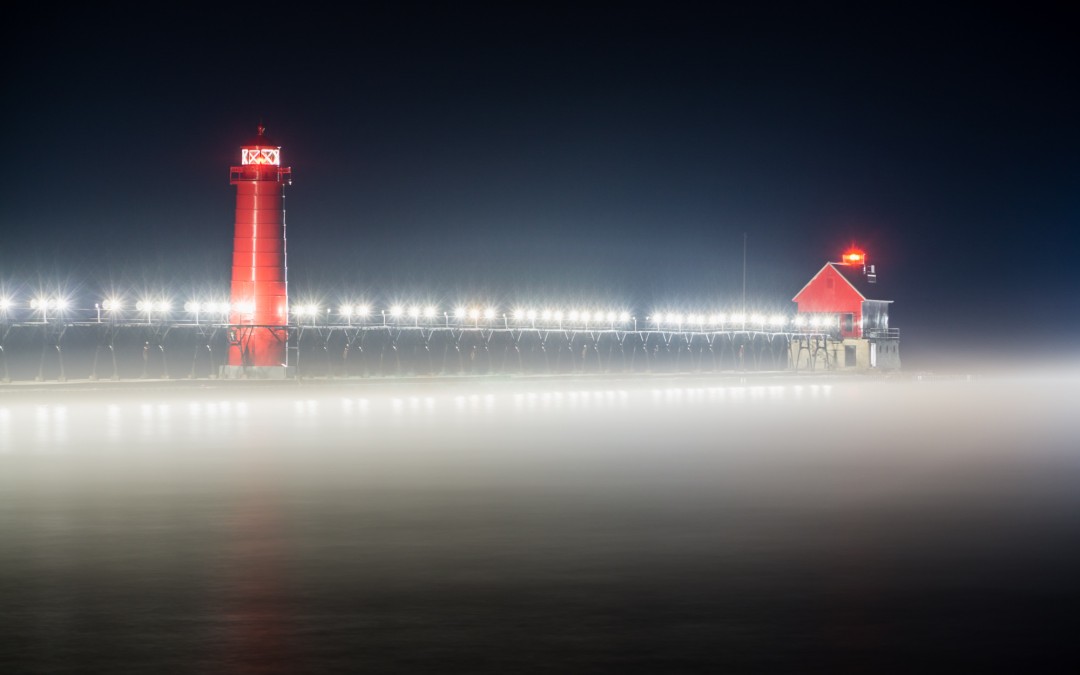 I have only been to Grand Haven’s lighthouse a handful of times with the intent to create some nice images, and though I managed to get some shots with waves, and ice, I have never seen the it with the lights on, and with the catwalk lit up.

The sun sets at about 9:30, but I showed up at the North Pier at about 8 in order to give me time to scout things out. Even though it’s July, this Summer has been a bit of a chilly and unpredictable one, so I packed my lightweight down jacket, and a fleece hat. The evening was calm and air was warm, but just as the sun began to set, a thick fog moved in along with a cool breeze. At first I was disappointed because the thick fog wasn’t going to do me any favors with shooting, but just as fast as it came in, the fog broke up, but the air remained chilled. (Glad I had the jacket!)

The light fog created an interesting glow to the lights, and interestingly enough, the images look as good in black and white as they do in color. 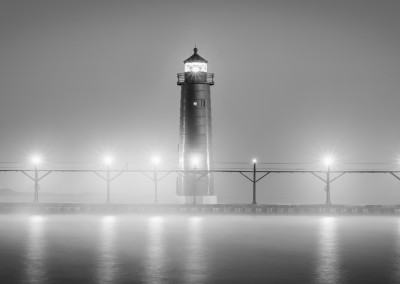 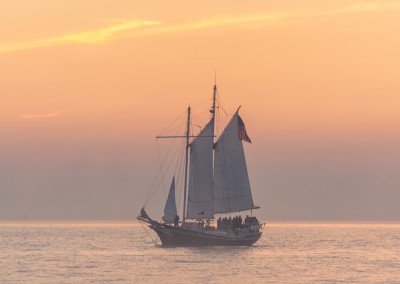 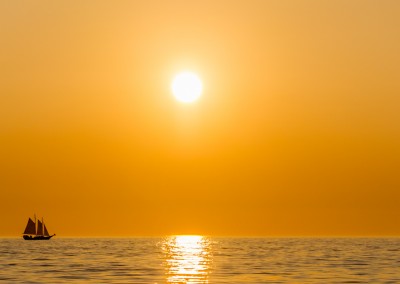