NATURE ON THE MOVE

DUNES ON THE MOVE

Silver Lake dunes is a place where mother nature and father time work together as an indomitable pair. The dunes generally move between two to six feet per year, swallowing mature forests and houses alike.

The border of Silver Lake (pictured below) once featured many more houses and cottages. Over time, as the dunes have marched forward, they have buried many domiciles and they continue their unrestrained flow.

What drew me to this area is the battle between human and nature. The inevitability of nature having its way, no matter how we try to tame her, nature will always have her way.

Standing on the peak of the dune in the early morning, while the rising sun burned off the layer of frost on the dunes and the layer of fog on the trees, I pieced together my visual story.

Where the dunes meet the forest is the crest of the sand, a point which allows a great vantage point of the treetops at an unnaturally close proximity. 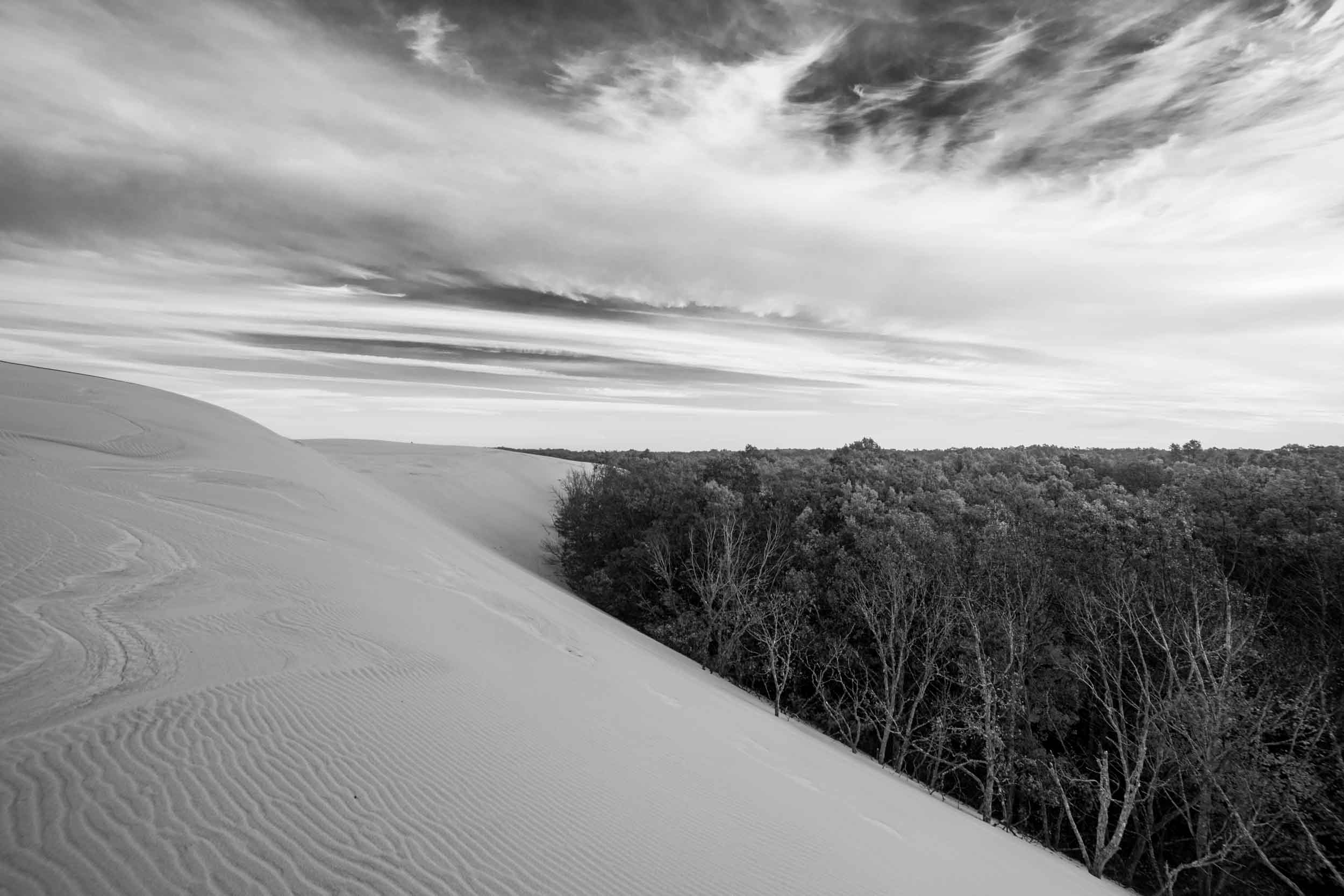 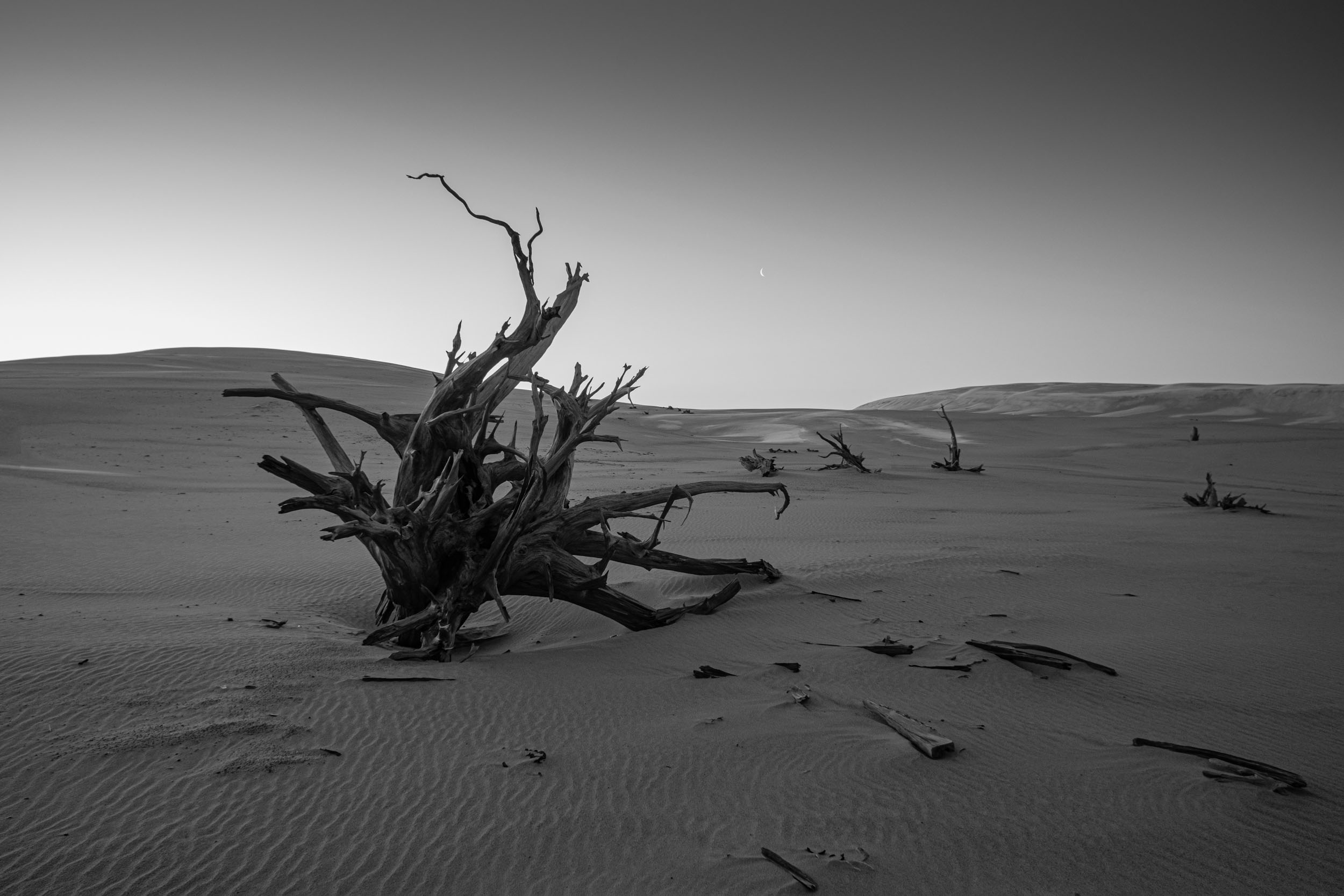 WHAT REMAINS: THE GHOST OF A FOREST

Hiking the Silver Lake dunes provides a unique view of a forest that was, one that has been overtaken and swallowed by the sand rendering the roots of the trees that once stood there; a ghost forest.

Many times I’ve gone back wanting to photograph a familiar spot only to discover that the continued movement of the sand had buried the sight in my memory. Interestingly, the sand that had moved to cover my focus had revealed a new scene. I anticipate what I will discover on each visit.

AT THE EDGE OF LIGHT

Though images are made with light, the soul of an image lives within the shadows.

On the fine line between light and dark is where contrast and patterns exist, and where an image comes to life.

The visual voice of a black and white image is no less of a story just because it lacks color. It’s the lack of color which can force the viewer to see contrast, shape, and patterns, allowing the image’s voice to have depth and meaning that would otherwise be hidden behind color.

“At the Edge of Light” is a collection which explores the contrasts between light and shadow, black and white, and the patterns around us. 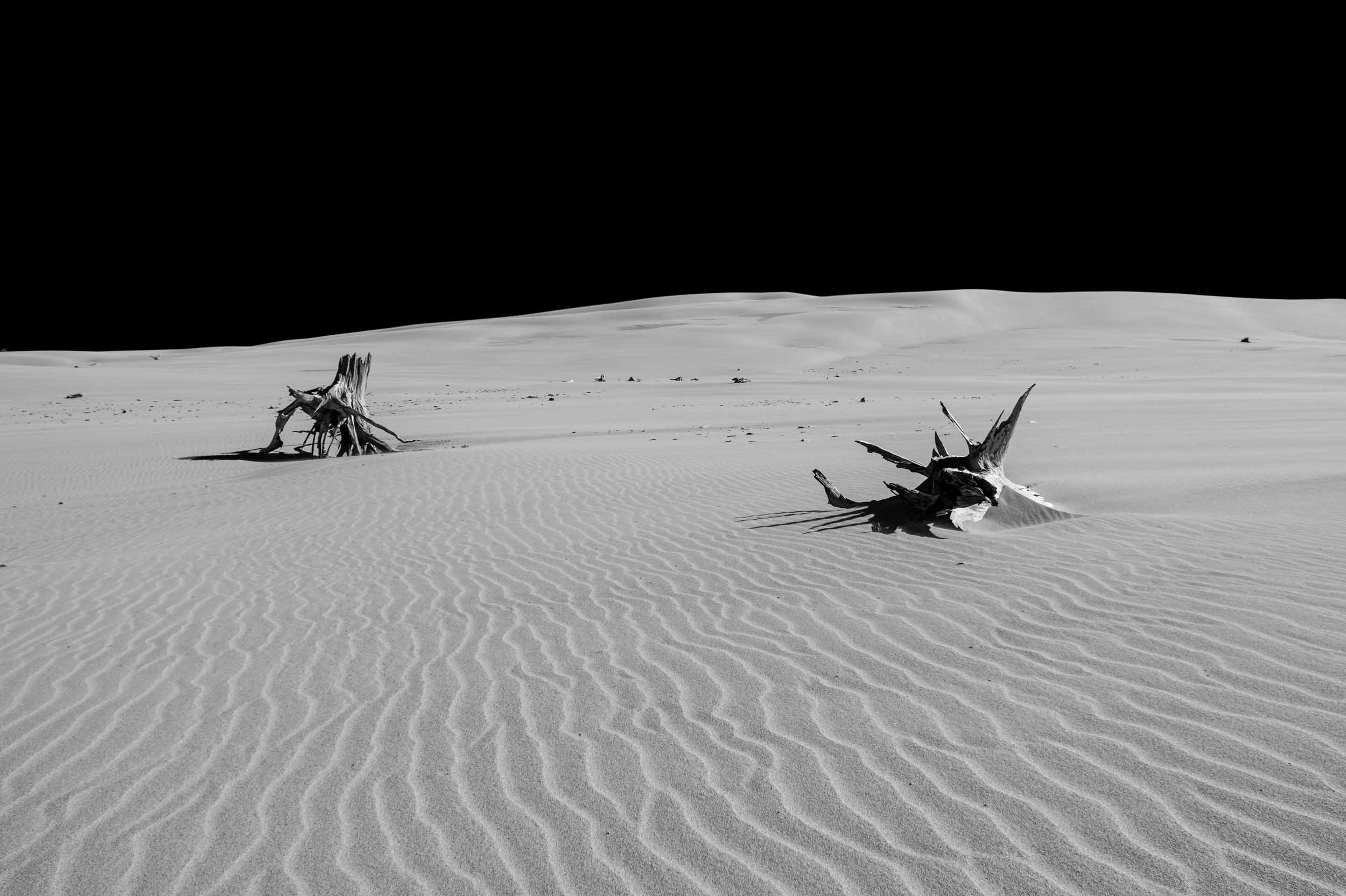 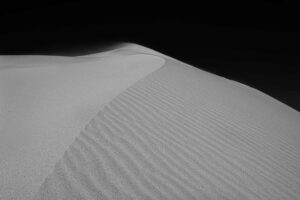 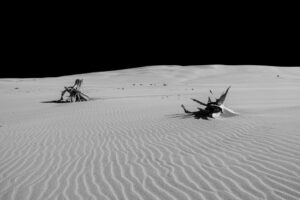 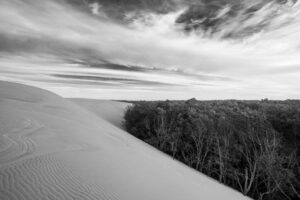 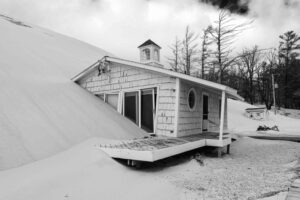 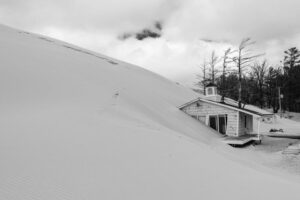 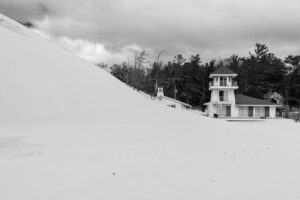